Comedians Zoe Lyons, Tom Binns and Lloyd Griffith will headline The Big Weekend in the National Forest shows next year. 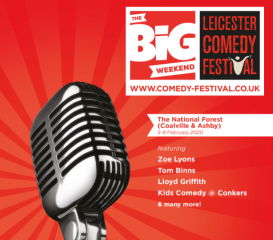 The popular acts will be coming to North West Leicestershire between 5 and 9 February as part of a satellite event of the hugely successful Leicester Comedy Festival.

North West Leicestershire District Council (NWLDC) has worked with the festival organiser to bring events into the National Forest area during the first weekend of the festival, resulting in a feast of comedy entertainment for all ages.

Venues such as Conkers, Coalville’s Century Theatre and the Lyric Rooms in Ashby are also on board along with other smaller venues such as Coalville’s Elite Gaming Lounge and local libraries to ensure a real variety of performances. 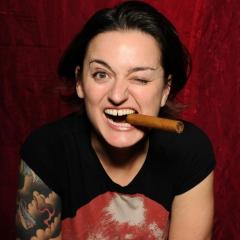 There’s lots more happening for children too with the National Forest’s Funniest Kids and a Kids Comedy club both taking place on Saturday 8 February at The Century Theatre and Conkers respectively.

Information about all the events and shows, and how to book tickets is available online

Mark Fiander, Head of Economic Regeneration at NWLDC, said: “We’re hugely excited to be bringing something different to the National Forest.

“It’s great to be working with the Leicester Comedy Festival which has already established itself as a favourite in the city, and their experience and expertise is very welcome as we bring our Big Weekend to the people of North West Leicestershire.