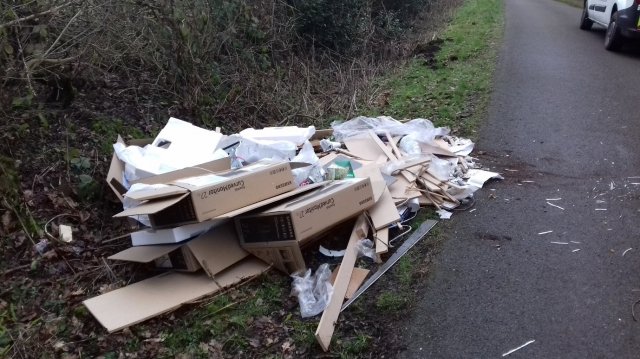 Two fly-tippers that offered unlicensed collections to businesses and then dumped the waste on a country road have been handed community orders in court.

Evidence found in the fly-tips led council officers to a Coalville-based business. The owner gave a statement revealing that Rushton and Marlow were the rogue waste collectors they’d employed to take the rubbish away – believing it was going to be disposed of correctly.

Rushton and Marlow were summoned to attend interviews under caution with council officers but after failing to attend, a prosecution case was put together. 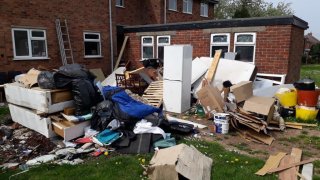 They appeared at Leicester Magistrates Court on Tuesday 29 October where Rushton pleaded guilty to two counts of carrying waste without the required license and two counts of unlawful disposal of controlled waste (fly-tipping).

Marlow pleaded guilty to two counts of carrying waste without the required license and one count of treating, keeping or disposing of controlled waste.

The case was passed to Leicester Crown Court for sentencing on Friday 6 December where both defendants were given a 12-month community order with an unpaid work requirement of 100 hours.

Both will also pay £750 each towards NWLDC’s court costs.

Councillor Andrew Woodman, Portfolio Holder for Community Services at NWLDC, said: “We’re delighted to see these two fly-tippers brought to justice and handed sentences that will see them give 100 hours each back to our communities.

“Fly-tipping is unacceptable and this case highlights shows that we do investigate and when we find evidence we will pursue the culprits all the way to court if necessary.

“There’s an important message here for businesses too. All businesses must have a trade waste contract in place with a licensed company who will issue waste transfer notes as a kind of receipt to show that the waste has been disposed of correctly.

“We can request these transfer notes from any business at any time, failure to comply may be offence and leave the owner liable to a Fixed Penalty Notice of £300.

“We’d encourage anyone that witnesses fly-tipping in the district to report it to us online at www.nwleics.gov.uk so we can investigate.”