Councillor Richichi is the ward councillor for Sence Valley and as well as presiding over meetings of the Full Council, the new Chairman will represent the council at a variety of engagements across Leicestershire and will raise money for a chosen charity due to be announced in due course.

Councillor Richichi replaces Councillor John Bridges who raised £2,491 during his year in office for the Alzheimer’s Society.

Outgoing Chairman, Councillor Bridges, passed on the chains of office during the full council meeting, saying: “It’s been a strange year and a difficult one, and I’d like to thank the officers that have worked so hard during such difficult circumstances, and supported me in my role.

“I must also thank the people of North West Leicestershire who have really come together in the face of adversity in recent months. The response of so many has made me incredibly proud of this district and it’s been an honour to serve as Chairman.”

Councillor Richard Blunt was appointed as leader for the 14th year. He said: “It’s an honour to lead this council again and I remain as determined as ever to serve our communities to the best of my ability.

“I am extremely proud of the way the council has responded to Covid-19, being able to operate the majority of its services remotely, continuing with critical services and being able to develop new services such as our community hub.

“We’ve achieved a huge amount in a short space of time and that a credit to this district council and the entire community. Our focus is now on supporting our economy and communities to recover and thrive.

“There is lots more to do and with the continued support of our communities and partners we are ready for this challenge.”

Members of committees and groups and representatives of community bodies were also agreed at the meeting.

Full minutes will soon be available at www.nwleics.gov.uk/meetings 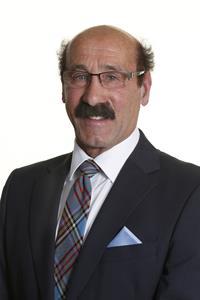