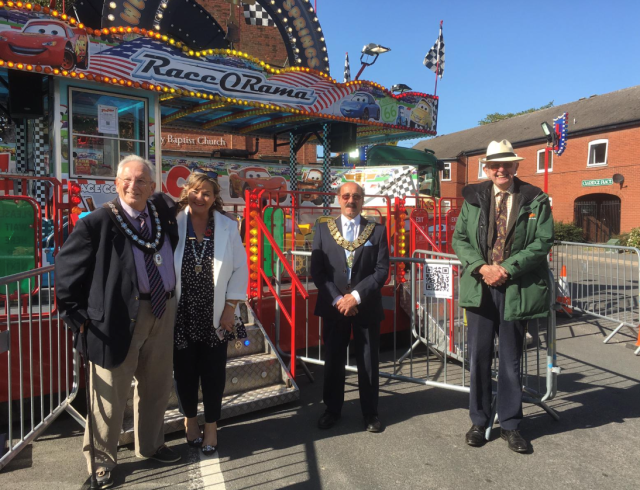 The more than 800-year long Ashby Statutes tradition will be kept alive despite the cancellation of the popular annual fair on safety grounds.

However, those involved have been working together so that there will be a small, symbolic presence within the town to allow the continuity of the Statutes into its 802nd year in 2021.

A small children’s fair ride will be present in Brook Street, Ashby from Friday 18 until Tuesday 22 of September with full Covid-safe measures in place.

Operating times for the ride are as follows:

Anthony Harris of Pat Collins Funfair said: “Cancelling this year’s event was a really difficult decision but it is the right one for the community. The Statutes is more than just a fair, it’s a tradition, and it was really important that we keep that tradition going.

“NWLDC and Ashby Town Council were both in full agreement and it’s great we’ll have this small and safe presence in the town for the next few days. We cannot wait to return with the full Ashby Statutes celebration in 2021.

Councillor Virge Richichi, Chairman of NWLDC, said: “It was really important to us that we supported the organisers in having a presence within Ashby over the next few days, allowing the continuation of this centuries-old tradition.

“Cancelling this year’s event is certainly the right decision for our communities but we’re already looking ahead to 2021 where we all hope Ashby Statutes can return in full.”

Councillor Graham Allman, Mayor of Ashby, said: “Who doesn’t get excited at the fair coming to town? In particular Ashby Statutes. That great annual event which arrives early autumn and has done so for 800 years, with the exception of the two World Wars. Its arrival was at that point seen as the country “getting back to normal”. Let us hope and pray that post pandemic that it is seen in the same vein.

“Our sincere thanks go out to The Harris Family for their efforts on behalf of Ashby Town Council and the community”.