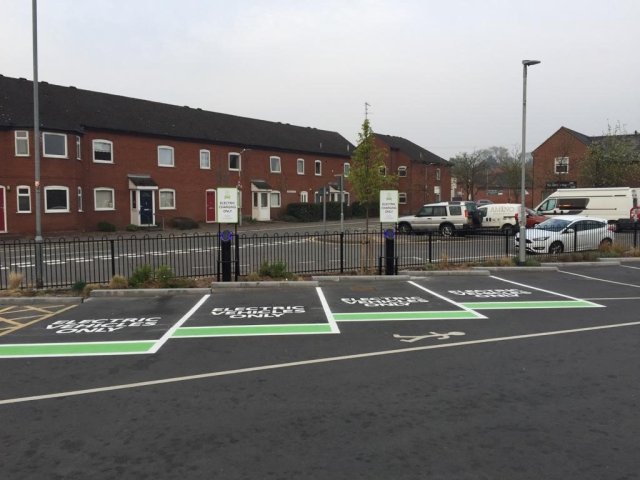 North West Leicestershire will be turning a little bit greener thanks to 12 new electric car charging points set to be installed in the district.

The work is possible after North West Leicestershire District Council (NWLDC) successfully applied for a grant of £45,000 from the Office for Low Emission Vehicles (OLEV), with support from the Energy Saving Trust (EST).

The charging points will reward eco-friendly drivers and is part of the district council’s Zero Carbon ambition where the authority is taking a leading role in moving North West Leicestershire towards carbon neutrality by 2050. The council itself is aiming to be carbon neutral by 2030.

There will be four new charging points installed at each of the following locations this spring:

NWLDC has also undertaken electric vehicle charging point feasibility studies on the council office car park in Coalville but Covid-19 testing centre is currently located here which has temporarily delayed further activity. There will also be four charging points at the council’s new Whitwick and Coalville Leisure centre, currently being built off the A511 Stephenson Way.

Ashby-de-la-Zouch already has four electric charging points which were installed by the district council when North Street Car Park was renovated and extended in 2018.

Councillor Andrew Woodman, Portfolio Holder for Community Services at NWLDC, said: “We have set ourselves ambitious Zero Carbon targets and there is no time to waste in making those first steps and preparing North West Leicestershire for a carbon neutral future.

“I want to thank OLEV for their funding that is allowing this work to happen and for supporting us on our Zero Carbon journey.”