At a meeting of Full Council on Tuesday 10 May 2022, councillors agreed to appoint Allison Thomas, who will join the authority in August.

Allison Thomas is currently Strategic Director for Service Delivery at neighbouring South Derbyshire District Council, a role she has held for four years. 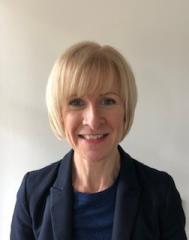 Before this, Allison spent 21 years with Derbyshire County Council in a variety of roles, including Service Director for Transport and the Environment.

Speaking of her appointment, Allison Thomas said: “Working just across the border in South Derbyshire, I’ve been impressed by the work that North West Leicestershire District Council does with its strong track record of partnership working, and I’m looking forward to taking up my position as Chief Executive.

“Positioned in the middle of the country in an important strategic location and at the heart of the National Forest, the district has a lot of growth on the agenda and the council has a key role to play in this, whilst driving environmental campaigns such as Zero Carbon and Recycle more as well as the plans it has to support its communities.

“I’m looking forward to meeting colleagues at the council and across partnership organisations, and really getting to know the district through the council’s work.”

Allison’s appointment was confirmed by Full Council following formal interviews and a recommendation by the authority’s appointments panel.

Councillor Richard Blunt, Leader of NWLDC, said: “I’m delighted to bring Allison on board as Chief Executive. She joins us at a time of great opportunity as we work to support our communities across the district in our far-reaching role as district council.

“In her career, Allison has been responsible for a huge range of services, giving her a wealth of experience to draw on and an appreciation of the workings of local government. We’re looking forward to welcoming her to the team.”

“North West Leicestershire District Council is a busy authority with a lot of large projects on its agenda,” Joanna said. “It has a strong reputation as a highly effective and well-regarded council, and I have been really impressed with everything I have seen so far. My role is to provide stability and guidance in the time before Allison starts and help to keep important projects on track.”