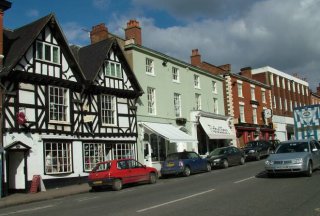 The name 'Ashby' appears to be from the Saxon 'aesc' meaning Ash abd 'byr', a habitation. 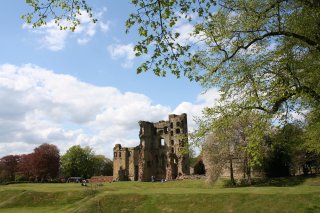 when Norman nobleman Alain de Parrhoet La Zouch inherited his position as Lord of the Manor by marriage. The family held the property until the 14th century when, during the reign of Henry IV, it passed again by marriage to Sir Hugh Burell. It reverted to the crown in the reign of Edward IV, who granted the manor to the powerful Sir William Hastings.

For more information on the Town with maps and trails download the Ashby Town Guide .

Ashby has a vibrant nightlife with restaurants to suit all tastes, pubs hosting live music evenings, nightclubs, cocktail bars and a theatre.

The Bulls Head in Market Street dates from the 14th century and is said to be the oldest house in Ashby. After the surrender of the Castle in the Civil War, Cromwell's ordanance sergeant was billeted there while supervising the blowing up of the Castle Walls.

The White Hart Public House was the last pub in Ashby to stage bear baiting. A bear pit can still be seen inside the pub. It is also reputed to have been a haunt for the notorious highwayman Dick Turpin.

The Lamb Inn, The Plough and The Bowling Green pubs are all live music venues.

The Queens Head Hotel is a 17th-century former coaching in on the town's main street, it has Ciro's  nightclub on site.

Manhattans  is the other nightclub. With fun features including a stunning illuminated dance floor and Private Party Booths.

The Lyric Rooms has lots of events throughout the year with Tribute evenings, Comedy Club and Ashby Film Nights

Every September the annual Statutes Fair visits the town with Market Street and Brook Street closed to traffic for 5 days.

For dates of events happening in and around Ashby visit the What's On pages on this website. 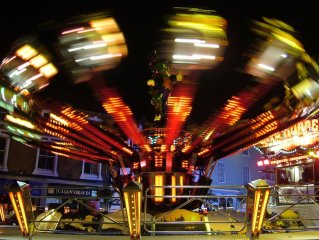 The medieval St Helens Parish Church contains 8 bells dating from 1698 to 1849. St Helens also boasts the only surviving 'finger pillory' an instrument of punishment for absence from or misbehaviour in Church. For information on other churches and religious worship in Ashby visit Ashby Churches .org

In the 19th century Ashby became a Spa Town when tourists visited Ivanhoe Baths. These were filled with water drawn from a Spa in Moira and moved by train. They were closed in the 1870's and demolished in the 1960s. There is a Bath Grounds Heritage Trail guide within the Ashby Town Guide  available from Ashby Tourist Information Centre.  For further information on the Bath Grounds visit The Friends of Ashby Bath Grounds website.

Now, shopping is the attraction for visitors to the town. A variety of locally owned and specialist shops trade alongside famous high street names. The town also boasts an award winning museum, and Ashby Castle which is now owned by English Heritage.

For sports enthusiasts Ashby Leisure Centre and Lido offers a wide range of facilities and services. There's something for everyone.  A four court sports hall, fitness suite, floodlight astroturf pitches, open air lido and indoor swimming pools, badminton and squash courts. The Leisure Centre is next door to the Library, Tourist Information Centre and Museum on North Street.