Home » Tourism and what's on » Places to visit » Ashby Castle 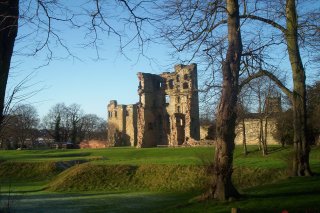 Originally a Norman Manor House, it was converted into a self-contained fortress by Lord Hastings in the 15th Century. During the Civil War the Castle was occupied by a Royalist Garrison and laid siege for over a year by the Parliamentarian army until the Royalists surrendered in 1646.  After the Civil War the Castle was partly destroyed and largely forgotten until it was used as the location for the fictional tournament in the classical historical romance "Ivanhoe" by Sir Walter Scott who stayed in the area.  Steps were taken to preserve the Castle and it is now in the care of English heritage.

Tour the impressive ruins and explore the secret kitchen tunnel used during the seige. Climb the 24 metre high Hastings Tower and enjoy superb views over the surrounding countryside.

Coach parking at Tesco on the outskirts of the town LE65 1TE, drop off / pick up points in the town.

Please telephone the Castle for opening times and admission charges or see website.