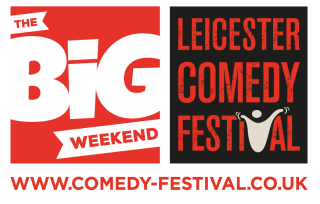 We have our very own Big Weekend in The National Forest in February 2022 as part of the Leicester Comedy Festival.

There are a variety of free and ticketed events, shows and performances taking place at venues across the district, such as Newmarket Coalville, Century Theatre, Conkers and the Lyric Rooms.

Events during The Big Weekend:

Click on an image to see a larger version